Why surfing in the Australian winter is better than you think

It’s time to put your thongs away and pull out your ugg boots and surfboard. Despite the fact that the temperature is cooling down, the swell is heating up for those savvy enough to know that hitting the surf in Aussie winter is the best thing since sliced bread.

Yes, those super appealing, full body wetsuits do an incredible job of keeping you warm in even the iciest  of conditions. Wetsuits essentially turn you into a human hot water bottle by trapping a layer of water between the suit and your skin. Your body heat warms the water as you move, keeping you toasty warm. Mojosurf won’t leave you out in the cold, we supply wetsuits on all our surf adventures in the cooler months to make sure you get 110% out of your time in the surf.

Also, this is Australian “Winter”. Even in July it is rarely below 12 degrees at first light and the average water temperature is 19 degrees. Those temperatures aren’t THAT cold. Especially for anyone who has ever travelled or lived in Europe. Besides with your trusty wetsuit, acclimatising only takes a couple of minutes.

What’s a few chilly minutes against hours of beautiful surf? 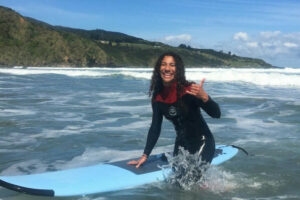 There’s less people in the surf! 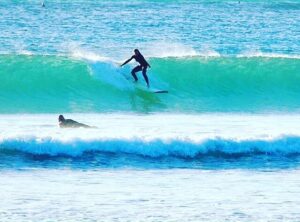 Winter waves are more reliable than summer swell. Less northerly winds means the swell is smoother and cleaner than warmer months. This makes it much easier to catch a break and ride a wave all the way into the beach.

The water is really clear too, making sitting on your board watching the underwater world drift by mesmerising. April through November is whale migration season on the east coast of Australia so you might even be lucky enough to share the water with one of these incredible creatures. 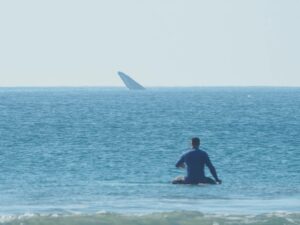 Nothing beats coming in from a surf session and sipping a hot coffee first thing on a chilly morning. Fires at our surf camp are also really popular and a great way to warm up, meet new people and enjoy a beer or two with other savvy winter surfers.

Now is the time to stop making excuses, get into a wetsuit and start enjoying the incredible winter surf Australia has to offer. 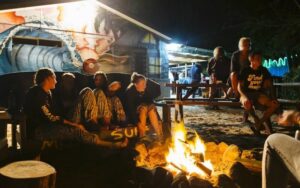 Don’t worry, our accredited surf coaches will take you from beginner to surf pro on your Mojosurf adventures, all while having a laugh along the way.